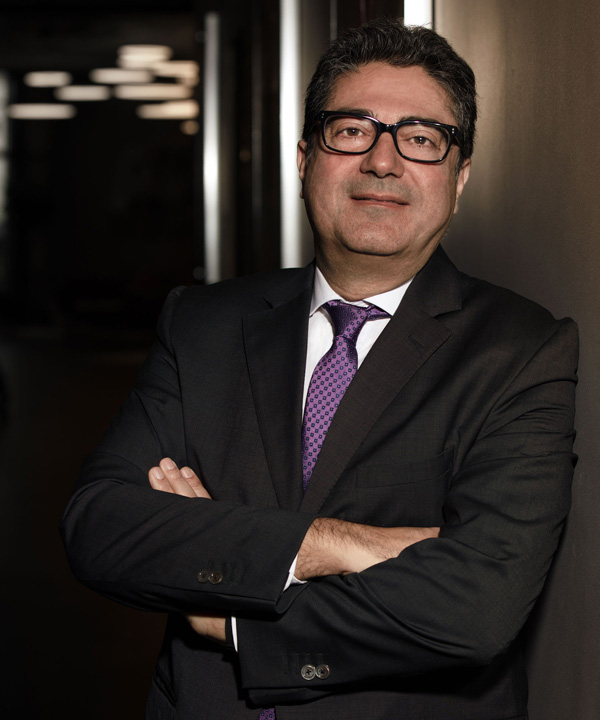 Hisham joined Saba IP in 1994 where he advises on best practices in IPR protection and commercialization strategies in the Middle East and North Africa for major international companies in different industries. He is based at the company headquarters in Beirut and, as Shareholder and Director of Operations, is responsible for the overall operations of the company’s offices and representative offices, as well as the relationship with its global network of business partners.

Before joining Saba IP, Hisham started his working career as a design engineer working at a number of HVAC design-build engineering firms in the UAE and Canada. He later moved to Texaco Canada where he assisted in environmental site cleaning as part of the oil giant’s environmental protection strategy implementation procedures. Back in Lebanon and armed with an MBA, Hisham did management consulting work at a major management consulting firm advising corporations and SMEs on internal restructuring and strategic business planning.

Hisham holds a degree in Mechanical Engineering (B.E., M.E.) from the American University of Beirut and an MBA from McGill University’s Bronfman Business School. He is a member of the Lebanese Syndicate of Engineers, as well as INTA, FICPI, PTMG, and AIPPI where he served as Secretary General of its Arab Regional Group from 1997 to 2006, and since as Treasurer General. He has been invited to speak at local and international IP conferences which he attends on a regular basis.