A total of 407 applications were published in the last three issues of the Official Gazette of Ethiopia (June to August 2019). Almost 60 percent of the applications were filed by foreign owners, mostly Chinese, US, and Swiss. Applications in classes 3, 30, and 35 rank the highest in volume during this period.

Ethiopia is the second most populous country in Africa, and one of the fastest growing states among the 188 International Monetary Fund member countries. This growth, which has been driven by the government’s investment in infrastructure, as well as sustained progress in the agricultural and service sectors, is expected to keep rising in the years to come. Ethiopia’s annual GDP growth averaged 10.9 percent over the past year. The country’s GDP is US$200.6 billion, while the GDP per capita is US$2,200. The GDP composition is 34.8 percent for agriculture, 21.6 percent for industry, and 43.6 percent for services.

Priority of trademark rights in Ethiopia is determined on a first-to-file for registration basis rather than on a first-to-adopt-and-use basis. It is a multi-class application country following the 10th Edition of the Nice Classification. Once an application is filed, it will be placed on the docket for examination.

Examination is performed on both absolute and relative grounds, and it takes around 4 to 5 months for the examination process to be completed. In case the application gets accepted, it will be published in the Official Gazette for opposition purposes, with an opposition period of 60 days from publication date.

All in all, in the absence of an opposition or an office action, an application is expected to mature into registration within 12 months from filing date. The protection term is 7 years from filing date, renewable for like periods. The supporting documentary requirements that must be submitted at the time of filing are a legalized power of attorney and a notarized copy of home or any foreign registration certificate of the mark with English translation. Priority claim via the Paris Convention cannot be claimed. 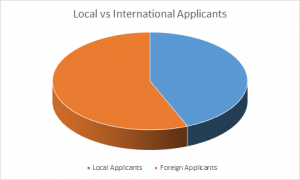 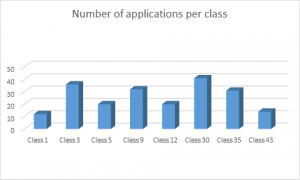 For further information or any type of support for Ethiopia, please do not hesitate to contact us at ethiopia@sabaip.com